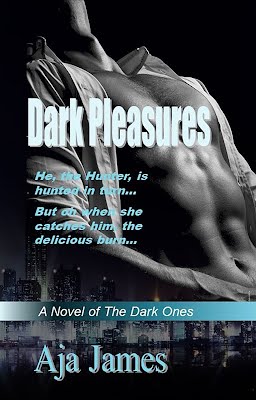 Devlin Sinclair, the New England Dark Ones’ Hunter, is on a mission to track down the elusive and mysterious Medusa, perhaps the ultimate nemesis the Pure and Dark Ones have been battling in recent years.
But he can’t do it alone.
Grace Darling has isolated herself from the world since a very young age, after her parents’ death and because of her own social disability. Awkward and brilliant, a born sensualist, Grace agrees to a blind date that changes the course of Destiny.
She has the skills he needs.
Their chemistry is off the charts, but will she, can she give him the love he craves?

These novels are jam packed with shocks and twists. They will have you immersed in the world Aja James has created. She really does a great job of setting the scene and giving the reader enough backstory about her world.
The characters are very well developed,  complex, and multi dimensional which allows the reader to become invested.
James’s writing style is very direct. There is no skirting around things.
I enjoyed the Romance aspect. These characters, in each novel had a connection that felt real. I liked the way she developed each one individually.
About the Author 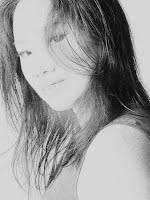 Aja has been writing stories since the age of six, and novels since the age of thirteen. While she’d be the first to admit that those early efforts weren’t particularly good, she sure loved putting them down on paper!
The best part of writing, according to Aja, is that it’s completely organic, the way the stories develop. When the inspiration hits, she writes just so she herself can learn where the characters are headed because oftentimes, they take her by surprise! It is her ultimate dream to share her stories with as many readers as she possibly can.
Her other loves include art, cooking, old movies (anything with Audrey Hepburn, Marilyn Monroe, Robert Redford, Vivien Leigh, Elizabeth Taylor, Paul Newman, Clark Gable, and all the song and dance numbers because she can’t watch them and not be happy!)
She adores taking long walks with her husband and running after her two rambunctious kids. She has traveled extensively (all seven continents except Antarctica) and has had a multi-cultural upbringing. She speaks two and a half languages and binge watch TV shows when the mood strikes.
Aja has a Bachelor’s of Arts in Comparative Literature and Economics and two Master’s degrees, one of which is in East Asian Studies.
Contact Links
Website
Facebook
Twitter
Blog
Goodreads
Purchase Link
Amazon

One thought on “Dark Pleasures”