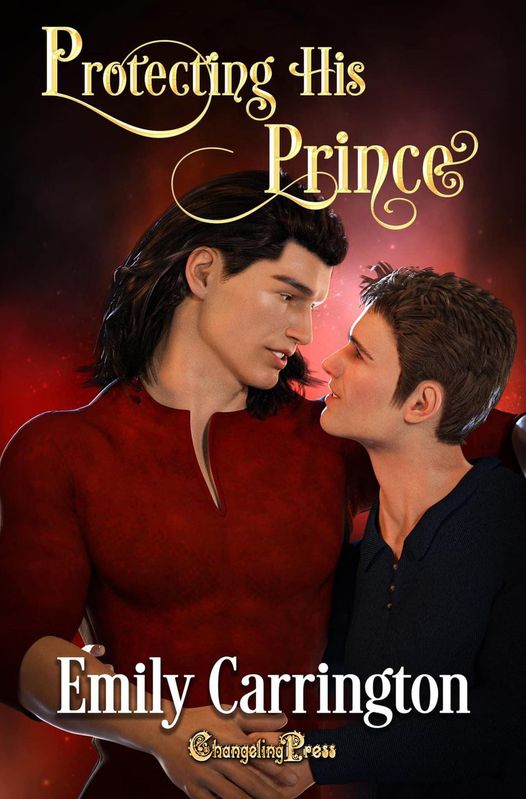 Aaron has escaped his past with scars and strength. But when he is targeted
again for his looks and his talent, his belief in the goodness of the world
and the power of love are challenged.

Jason knows there’s something wrong with his husband, but Aaron
won’t talk about it. Will Aaron’s refusal tear them apart? Can
Jason keep his temper or will his need to protect Aaron destroy their
love?

Aaron stirred the soup and hummed, aware he was a little off key but not
caring. No one was home, and his husband, Jason, said he liked Aaron’s
not-quite-on-pitch humming because, according to Jason, it was
“resonant and heartfelt.”

He was humming a song from the musical they’d seen about three months
ago. It had been Jason’s birthday present for Aaron, and even though
his birthday was in December, this musical was the one they both wanted to
see.

Aaron’s last five presents for Jason had all been paintings. The
walls of their bedroom were almost full. The last painting had been of
Jason’s entire family, from his oldest brother, Christopher, all the
way down to his youngest sibling.

Anniversaries got paintings. Birthdays got paintings. Aaron would have felt
guilty about not being able to give more than his art except Jason honestly
seemed to love each one. His delight was infectious, and Aaron was already
planning what to paint him for their ten-year anniversary, which was coming
up at the end of this year.

The kitchen was full of the smell of baking bread and bean soup.
Aaron’s mouth watered as he idly stirred the soup to keep the beans
near the bottom of the pot from burning. Jason should be home in a few
minutes and then they could eat.

The front door to their little apartment they shared with another couple
burst open, and Jason literally waltzed in, turning and holding his hands
out as if he was dancing with an invisible partner. He was singing
“Oh, What a Beautiful Morning” at close to full volume. Unlike
Aaron’s humming, Jason was always perfectly on pitch.

Having Jason come in singing was slightly unusual, but dancing was another
level of strange. Aaron found himself grinning in anticipation of something
wonderful. He didn’t interrupt Jason’s song to ask and when
Jason caught him by the waist and pulled him into the dance, he fell into
easy step. They waltzed around the small kitchen, Jason leading.

When his husband stopped singing, they continued to dance. Aaron started to
ask what had put such a spring in Jason’s step, but Jason kissed him,
and Aaron went weak at the knees. He opened his mouth to Jason’s
tongue, letting his lover explore. Jason tasted of coffee and something
sweet, not quite chocolate.

There was a bubbling sound and Aaron turned toward the stove to stir the
soup, having to let go of his lover to do so. He stirred and then tasted the
concoction. It was excellent, if he did say so himself. He’d settled
into cooking for the four of them: himself, Jason, and the couple they lived
with. He’d been doing it for over nine years and his skills had
improved.

Jason stepped up behind him and hugged him, resting his chin on
Aaron’s shoulder. He smelled incredibly good, like summer heat and
subtle cologne almost overshadowed by his shampoo. He smelled like
Jason.

“So?” Aaron asked as he turned off the burner under the pot.
“What’s happened?”

Aaron frowned in confusion. He twisted in the circle of Jason’s arms
and lifted his head slightly so he could meet Jason’s hazel eyed gaze.
“But you love your middle school students. That’s not something
every teacher can say.”

“Don’t you even want to hear where the job is?”

“I’ve been offered a job in Colton, Pennsylvania.”

Aaron’s heartbeat picked up. Colton was the college town nearest to
Marisburg. But then his excitement died. “You can’t take a lower
paying job just to make me happy.”

“Who said it’s a lower paying job? I’m being offered the
position as head of the math department at Colton University.”

Aaron gaped. “When did you apply?”

“I didn’t. Nearest I can figure is someone here works in
Pennsylvania, or vice versa. Someone I know, maybe, or someone
who’s…” He shrugged and a little of his enthusiasm faded.
“Does it matter?”

Emily Carrington is a multipublished author of male/male and transgender
erotica. Seeking a world made of equality, she created SearchLight to live
out her dreams. But even SearchLight has its problems, and Emily is looking
forward to working all of these out with a host of characters from dragons
and genies to psychic vampires.

Fantasy creatures not your thing? Emily has also created a contemporary
romance world, called Sticks and Stones, where she explores being
“different” in a small town.